The number of officially registered foreign residents increased from 2.22 million in 2008 to 2.08 million at the end of 2011, just under 2% of the total population.
2 However, since the 1980s, Japanese society has not escaped the debates in the countries of immigration. At least three elements allow us to consider the Japanese situation from this angle. First, the number of foreign residents has increased sharply since the late 1980s and has doubled in twenty years. Second, not all regions are affected in the same way. A number of cities, or neighborhoods within large metropolitan areas, have foreign population rates in the range of 5-15%. This can be seen in particular in the industrial cities sprawling between Tokyo and Osaka, including the automotive industry regions. Finally, Japan is one of the countries with the fastest aging population and the question of whether or not to choose replacement immigration is the subject of recurrent and controversial debates. 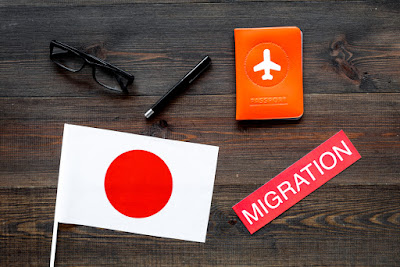 The legacies of the Japanese diaspora and colonization

If Japan does not present itself as a country of immigration, it also does not maintain strong relations with its diaspora. However, Japan is the country of origin of a large population located throughout the American continent. Between the Meiji Restoration (1868) and the start of the Second World War, more than 770,000 Japanese would have left the country (not counting the settlers who left for regions under Japanese control), including 370,000 for North America and Hawaii, 240,000 to Latin America. In the years 1950-1960, 50,000 additional emigrants would have left for the majority of Latin America. Estimates of the descendants of these migrants spanning five generations are difficult. The figures of 1.4 to 1.5 million nikkeijin (people of Japanese origin) in Brazil and 800,000 to 1.2 million in the United States are commonly advanced2.
In 1989, the reform of the Immigration Control and Refugee Recognition Law (below: Immigration Law) opened a door for descendants of Japanese up to the third generation. It was officially a question of favoring the visits to Japan of these descendants thanks to the creation of a specific visa. In fact, this visa authorizes you to work freely in Japan and has allowed working immigration. Most of the nikkeijin came from Latin America and more particularly from Brazil, renewing the migratory routes between the two countries Difficult however to speak of “return migration”, especially since the financial crisis of 2008 which strongly affected the nikkeijin and has resulted in massive departures. Were the nikkeijin “back” in Japan or are they now “back” in Brazil or elsewhere? Their integration into Japanese society was in all cases very difficult3, but this is perhaps explained more by the lack of social mobility than by cultural considerations (see the text by Hanako Inaba and Natao Higuchi and that by Chikako Mori ).
In addition, Japanese colonial policy in the first part of the 20th century was responsible for the presence in Japan of large Korean communities (we speak of Zainichi Koreans or Japanese Koreans) and, to a lesser extent, Chinese. After the Japanese defeat of 1945, the American occupation authorities repatriated the former colonized. However, a number of them chose to stay in Japan, some 20,000 mainland Chinese, 14,000 Chinese from Taiwan, and 500,000 to 600,000 Koreans.
In 1952, the treaty of San Francisco which officially ends colonization leaves the former subjects of the colonial empire living in Japan in an uncertain situation: they lose Japanese nationality and find themselves, foreigners, overnight, even if the 1952 regulations authorized them to remain in Japan pending more specific legislation4. It was only with the reform of the immigration law of 1989 that they were granted a special status, that of “special permanent resident”. This change was the result of a long struggle known as the “campaign against fingerprinting” (the activists refused to affix their fingerprints, which was compulsory for the renewal of the residence permit). This movement reached its peak in 1985 when France was experiencing the aftermath of the dynamics started by the Marche des Beurs (1983).
Beyond the legacy of population flows, the country has also inherited speeches about the foreigner and a certain relationship with the Other. Speeches on assimilation at the end of the colonial era, as well as those on ethnic homogeneity which had a golden age when it came to explaining the Japanese economic miracle, continue to have a strong influence on the relationship abroad (Chikako Mori). The security discourse has gained importance in recent years as in all countries of immigration but also finds its foundations in the colonial period (Myungsoo Kim).
These historical elements provide a better understanding of certain contemporary situations, such as access to education for foreigners and discrimination against Korean schools (Daisuke Sonoyama), the marginality of older Koreans (Akwi Seo) and the fact that nikkeijin are trapped at the bottom of the social ladder (Nanako Inaba and Naoto Higuchi), the sources of xenophobia in Japan (Myungsoo Kim), etc.

Mobilizations in a country of non-immigration

Japan experienced major immigration debates in the late 1980s when labor shortages were a problem and the number of foreign workers in an irregular situation or poorly protected by labor law. The reform of the immigration law of 1989 (entered into force in 1990) creates a number of visas for skilled workers, as well as a visa for trainees (and, three years later, apprentice status, see Yoshihiko Kuroda’s sidebar), plus the visa for the long stay of the nikkeijin. While reaffirming the rejection of unskilled or low-skilled immigration, the country opens its doors to temporary workers, but without taking national measures regarding their reception in the long term
The main directions have not changed much in the past twenty years, although many migrants settle in the long term. Between 1995 and 2011, the number of permanent residents (not counting special permanent residents) increased from 23,568 to almost 600,0005. The increasing weight of those commonly known by the English term newcomers, by opposition to the old comers (those who arrived before 1945 and most of them formerly colonized), renewed the fighting and the mobilization concerning the recognition of social and civil rights. The colonial legacy is also a legacy of mobilization. We have mentioned the mobilization of the Koreans in Japan in the aftermath of colonization to claim residence status respecting their rights. On the achievements of long years of struggle, initiatives are continuing today to compensate for the lack of access to citizenship and social services or the non-recognition of the multi-ethnicity of Japanese society (see the texts of Yuji Nakano and Akwi Seo). The defense of foreigners is also understood in the continuity of the citizen movements of the 1970s, but the associative support, that it targets workers (Shintarô Namioka), women (Hélène Le Bail), political refugees (Minako Suzuki) or Métis children (Frédéric Roustan), finds it difficult to mobilize and find an echo in the media.

The five main nationalities of residents in Japan are all experiencing a decline. In 2011, the Chinese represented 32.5% of the approximately 2.08 million foreign residents, the Koreans 26.2%, the Brazilians 10.1%, the Filipinos 10.1% and the Peruvians 2.5%. The decline is particularly marked among Brazilians. In terms of residency status, nikkeijin and interns are the most affected categories, reflecting the decline in opportunities for low-skilled jobs. The number of skilled workers (engineers for example) and Japanese wives and husbands are also decreasing, which raises the question of Japan’s attractiveness.
Despite the demographic situation (the population has been declining for several years and, in 2009, the over-65s represented 22.7% of the population6), the laws and the official discourse remain marked by a strong reluctance to open the borders further. Japan, compared to its Asian neighbors, for example, has an extremely restrictive immigration policy for personal care and domestic work (Ruri Ito). Even if agreements have been made with the Philippines and Indonesia to accept healthcare assistants from these countries, the level of demand for these migrants is high and their stay is always limited in time7. There are still only a few dozen foreigners when the demand for labor in this sector is high. Japan continues to accept only an extremely low number of refugees for a rich and democratic country (Minako Suzuki). He is also not moving towards the establishment of a national policy for the reception of foreigners, even if he recognizes its importance at the local level (Yuji Nakano).
The few recent measures taken to attract foreigners only to target the most qualified migrants. Thus, in 2008, a “Target 300,000 foreign students by 2020” was launched, supported by significant funding to internationalize the largest universities, and, in 2012, a new points system offering highly qualified workers conditions privileged stays 8. On the other hand, the voices raised to defend the idea that Japan does not only need arms or gray matter but also citizens, inhabitants, in order to preserve the balance between the generations remain marginal.
We will read it with the contributions of this issue, Japan, which officially presents itself as a country of non-immigration, knows many evolutions and the migratory situations are not without reminding the processes of stigmatization or marginalization that we observe in French society. Migrants, differently depending on their background and local contexts, become analyzers of the Japanese social and political system. Thus the de facto settlement of many foreigners raises a number of discussions on the education system, the protection of the rights of workers, women, political refugees, the need for an anti-discrimination law or a reform of the access to nationality.
To better understand the processes specific to migratory situations and public action in the broad sense dedicated to immigration, several articles help to understand the demographic and economic dimension of Japan. Other aspects, such as the law, discrimination, and xenophobia are also tackled, before apprehending the local space as a place of public action and initiatives. Assuming that the readers of the magazine were unfamiliar with Japanese society, we thought it useful to punctuate the boxed file on specific points. 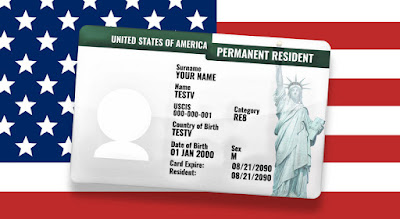